You are here: Home / Career Path / What Is Science Nursing?

Science nursing, or nursing science is rather difficult to define, as there is not really a single definition for science nursing. Part of the science of nursing is that nurses must apply a combination of problem solving, explanations, the theories that they learned during their observations, nursing interventions, their nursing care plan and learning plans, and their practice evaluations.

Science nursing is made up of systematized knowledge which needs to be exact and organized, and it is preferable to have more knowledge than is required, and the need to retain confidentiality as concerns a patient. It is used directly and indirectly when applied to the practice of nursing.

Any definition of science nursing that is given must be broad enough to encompass all of the aspects of science related to nursing, and different authors and theorists have come up with divergent definitions of what nursing science is to them:

The College Of Nurses Of Ontario Says

Nursing science is “the application of nursing knowledge and the technical aspects of practice”.

“Nursing science, a basic science, is the substantive discipline-specific knowledge that focuses on the human-universe-health process articulated in the nursing frameworks and theories. The discipline-specific knowledge resides within schools of thought that reflect differing philosophical perspectives that give rise to ontological, epistemological, and methodological processes for the development and use of knowledge concerning nursing’s unique phenomenon of concern.” 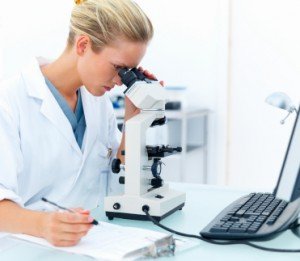 The fairest definition of science nursing would probably be a combination of all of the above definitions. The closest that we could probably come to a broad definition that encompasses every aspect of nursing science is that it is the understanding of human health and the practical application of that knowledge to influence healing, with the end goal being the improvement of the individual’s physical, mental, and spiritual wellbeing.

A Short History Of Nursing

The history of nursing revolves around Florence Nightingale, the mother of nursing, who created a secular, professional role for nurses, completely apart from the domain of the physician, wherein the nurse attended to everything regarding the patient. Nursing was originally formulated very much along the nineteenth century conceptions of gender, although it played a big part in the emancipation of women. Although the nurses tended to the patients wounds, they did not do any of the theoretical parts of medicine such as diagnosis, prescription or surgical interventions; this was the domain of the man. The role of the nurse was basically seen as an extension of the knowledge gained in her role as mother and nurturer, thus the practical side of tending to patients became the nurse’s domain.

As time passed, nurses proved themselves to be invaluable in both patient care and in the administrative side of many of the hospital functions. The role of the nurse became more important and nurses required more and more specialized knowledge, so nurse education became very important. What was missing in this period, though, was any form of research into the nursing profession, and any essays or journals that were written on the subject were generally written by doctors.

Nursing research was only promoted during the 1950s when nurse-training moved from apprenticeships in hospitals to institutions of higher education. This, together with funding from the U.S. government, after WWII, for a research project on the education of nurses, the turnover of nursing staff, their job satisfaction, and on nursing functions and activities led to more interest in nursing research and the formulation of the National Institute for Nursing Research. Early research consisted of examining nurse education, roles, and job responsibilities. As this research evolved, it looked wider and by the 1960s studies were being conducted on the effectiveness of nursing interventions and suggestions on how to resolve nursing problems.

As time went by, nurse scholars become disgruntled with the idea of a branch of knowledge that depended on a socially-defined professional role, as changes in the profession had resulted in nurses being put more and more into managerial positions, and the care of patients given to non-nurses. This led to a call for research and knowledge that did not depend on the socially defined role given to the nurse, which in turn led to many questions about the role of the nurse, including whether nursing should develop theories adopted from other disciplines, or have its own, distinctive body of theory. As the role of the nurse changed over the years, so did research, until the discipline of science nursing was born.

The Importance Of Nursing Science

Science nursing is considered a fairly recent concept, and is used in nursing when theories are developed to assist with understanding the scientific rationale for specific actions, as understanding allows for the best course of action to be chosen for a given situation. It is for this reason that nursing science is so important and must be continually improved in order to ensure that the patient is provided with the best possible care.

Caring is a big part of science nursing, and nursing science contributes greatly to the type and degree of care that each patient receives, as a result of the knowledge gained through schooling. Nursing research makes clear contributions to the development of science nursing, but would not be able to do so if it were not for nursing knowledge. In order for nursing knowledge to be useful, it needs to be informed by relative knowledge from varying research studies and be organized.

The Goal Of Science Nursing

The goal of science nursing is to influence the practice of nursing, and in order for nursing science to do this, nursing research must be easier to understand and more cohesive. Millions of studies can be done, but unless the clinical nurse can easily read and understand the various research reports, and critique them in order to glean pertinent information in each of the reports, they mean nothing. In order for science nursing to influence the nursing practice, nursing research must be presented to nurses in a manner that allows them to see its usefulness easily and quickly.

There are many arguments for and against science nursing, but one thing that cannot be denied is that major milestones have been achieved over the past 25 years through the creative thinking and hard work of nurse theorists and other nurse scholars who have been active in the ongoing scholarship of nursing science. This has resulted in the call for more education for nurses, for nurses to specialize in discipline specific care, and nursing science is still very relevant and significant.

More institutions of higher learning are establishing undergraduate and graduate nursing science programs which will provide academic and professional education that includes biological, social, behavioral and biomedical sciences. These programs are designed to prepare graduates for both basic and clinical advanced practice nursing roles, as well as for administrative, educational and research positions across the healthcare delivery system. They will also prepare graduates for faculty positions in academic institutions.

The Baccalaureate program will lead to a Bachelor of Science (BS) degree in Nursing Science, which is a must for nurses today who are expected to provide excellent care to a diverse group of patients through evidence-based practice. This program also prepares graduates for success in academia and to attain advanced degrees in nursing science and to contribute to the field through original research in a significant manner.

The PhD in Nursing Science program will equip graduates to be researchers and nurse scholars in university schools of nursing as well as nurse scientists in research institutions. The program will focus on four major areas: Disease and Symptom Management; Health Promotion and Disease Prevention; Health Services and Health Policy; Health Disparities

Not very much is known about science nursing when it comes to the public, but it is exactly this discipline that informs nurses and allows them to take such good care of their patients. It is because of nursing science that nurses are able to constantly improve their knowledge and keep up with and apply the most modern treatments and standards of care.

Science nursing has been responsible for many important successes which have contributed to patient care, and many advances have been made in aging, gender studies, genetics, and development. Work has also been done in disaster care, infection care, and identification of health disparities. Science nursing still has a huge role to play in , patients living to their highest potential, penetration of evidence-based care into clinical practice and health policies, and the use of cutting-edge technology and a more key information in relating to clinical care.