You are here: Home / Practice / Looking At The History Of Nursing

Nursing history is an important topic to study for nurses not just because you may be questioned on it in a test, but also because having a good basic understanding in this area can go a long way to putting your chosen profession into perspective for you.

Initially hospitals were part of religious monasteries and convents. There was no formal nursing career and, when religious institutes were wiped out, so were the hospitals that went with them. Nursing:

Traditional healing methods and folklore was what the people relied on in order to heal their sick. The order of St. Vincent De Paul, the Order of the Visitation of Mary, the Sisters of Charity and the Hospitallers of St. John continued nursing the sick, but they had little education in the matter. Overall physically ill and mentally ill people were seen as a burden to the healthy members of society at the time.

There is no doubt that nursing history is strongly correlated with the Christian movement. Despite the fact that very few records exist, it can be seen that Christianity created a desire in women to move beyond caring for other through love and nurture and to actually pursue an educational program through which they could learn how to care for people from a medical perspective. This took a fair while to take root in the minds of those who were considered to be part of the nursing profession, but represents one of the first movements towards comprehensive nursing knowledge and programs.

Directly after the crusades the world was in the brink of social reform. Germany was the first country to institute a formal training college for women who wanted to become nurses. Specifically in Germany the following institute was erected:

“Deaconess” was the word used to refer to women who were trained in nursing in those days. This was one of the first formal education programs of this kind. Women who graduated from this program had a number of opportunities open to them that they had not previously had access to, such as the chance to be employed across the world.

Initially nursing was limited to caring for children. Nurses were defined as either wet nurses or dry nurses. A wet nurse was a nurse who would breast feed another woman’s child, while a dry nurse would provide care beyond breast feeding. However, in the fifteenth century, the role of nurses gradually began to move away from only caring for children to include caring for adults at a broader level. However the process was an extremely slow one as by the 17th century, nurses were still building their reputations as skilled workers and were not yet taken seriously as healthcare professionals. However the groundwork for the profession was laid during this period and marks the beginning of what we know as the nursing profession in the current day and age. 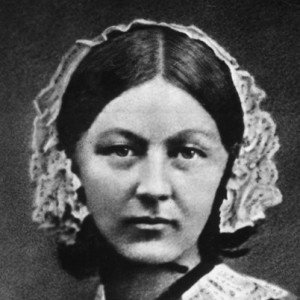 When the Crimean War (1854-56) broke out, nursing began to be seen as a profession that required training, mainly due to the efforts of Florence Nightingale, a well-known name in the profession. She and her nurses dressed wounds and pressed the British government for better food and hygiene for its soldiers during the war and, after the war, she opened the Nightingale School of Nursing, the first official formal nurse training program. Florence Nightingale is also responsible for:

In short it wasn’t until the benefits of having nursing professionals that could be widely felt in a time of crisis, that the profession of nursing began to develop a separate and distinguishable identity and begin to gain acceptance and respect.

At this time nuns or sisters from catholic churches made up the majority of nursing professionals. One of the more notable churches to be involved in health care and nursing at this time were the Sisters of the Holy Cross of Notre Dame, Indiana. Nuns had no formal training, but rather developed their own skills based on the needs of the poor with whom they worked. Clara Barton was active in distributing aid to soldiers during the war and travelled to Europe once the war was over where she came into contact with the Red Cross. Returning home she established the American Red Cross which was a major step forward and effectively revolutionized nursing care during wartime and catastrophes, brining nursing closer to how we look at it at the moment.

The Second World War made the existence of nurses necessary, and, as smaller hospitals began to realize that they would be more efficient if they did not keep the training of nurses in-house, nursing schools began to open and training shifted away from hospitals to colleges and universities. As medicine and nursing care improved, hospitals also improved which in turn meant that nursing came to be seen as an honorable profession that was worthy of pursuing. Nurses served in hospitals, nursing homes, prisons and clinics for the most part, similar to the distribution of nurses today. They began to specialize in many areas including surgery, obstetrics/gynecology and emergency care, meaning that they became gradually more skilled and leaving them with more opportunities to pursue in the field of nursing.

Different countries have different rules and training regimes when it comes to preparing nurses for the filed:

Unlike in the past nurses are recognized today as an essential and indispensible part of the health care system without which efficient and effective care would simply not be possible. Nursing has certainly come a long way from its early beginnings. Separate aspects of nursing have subtly different historical developments.

There are four main discernible steps in the history of the development of travel nursing:

Nursing informatics can be said to have evolved as new technology became available. With the rate of technological increases it was inevitable that a specialty in this area would develop. In the 1980s, when computers made their way into hospitals, it became possible for lab tests to be electronically ordered and received and nurses had to become used to using this technology. There were, however, a number of kinks that had to be ironed out as healthcare professionals became used to using technological systems. There is a growing demand for these kinds of nurses who can:

The steps in the history of surgical nursing are:

Before pediatric nursing became a specialty, midwives delivered babies and families treated children with folk remedies as only the richest could afford actual doctors. The roots for a pediatric specialty were laid when The Children’s Hospital in Philadelphia in 1855 was founded, followed by other similar hospitals. In 1895 The Children’s Hospital of Philadelphia opened its doors to children with communicable diseases for the first time and began its own school of nursing. The next step was when the Nurse’s Settlement House was founded in 1895, which eventually employed more than 30 nurses and provided training and obstetrical services. School nursing also has roots starting at this point in time and moving onwards.

The History Of Home Health Nursing

The first instance of this was the Ladies Benevolent Society of Charleston, South Carolina, followed by trained professionals being sent into homes from 1877 onwards. According to ehow.com “Lillian Wald, born in 1867, is known as the founder of the visiting nurses profession. She was inspired to study nursing as a result of the illness of her sister. Wald’s postgraduate studies led to her involvement in the home nursing of poor immigrants in New York City, where she lived. In the fall of 1893, with the help of another nurse, she set up an office. By 1913 she had a staff of 92. One of Wald’s many achievements was to convince insurance companies–Metropolitan Life being the first–to provide free visiting nurses to their customers”.

The History Of Psychiatric Nursing

In 1836, British Dr. William Ellis pointed out that trained nurses can be extremely helpful in providing care for the insane and giving them hope when they feel hopeless. Players in this field were:

Initially nurses worked in crowded conditions, were not given recognition, and were in charge of very basic duties in asylums. By the 1920s, psychiatric nursing became an official and separate curriculum at most colleges and universities, and by 1950, the National League for Nursing required nursing schools to include psychiatric nursing in their clinical practice for national accreditation.

There is more to nursing history than can be summarized in such a short space of time. It is highly recommended that, if you are interested in the history of nursing, you should do further research yourself, keeping in mind that the various specialties and fields in nursing tend to have followed different historical paths and that some can certainly be said to be newer than others. In order to fully comprehend the importance of the profession, nursing history must be studied.